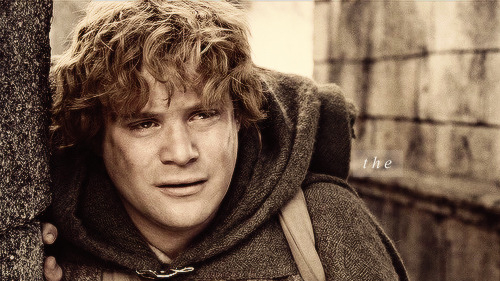 During the Christmas holidays every year, my family watches the epic trilogy of The Lord of the Rings. It’s tradition, you see, and even though my husband and oldest son groaned when I brought it up last December, we soldiered on and diligently watched the prolonged, extended versions of all three films over several days. Eleven hours of Middle-earth, mythical creatures, cryptic and poetic language, kings and queens, sexy elves, and a creature that I want to strangle just so I don’t have to look at his pathetic eyes anymore (apologies, Gollum fans). What could be better?

Although not all members of my family kept residency on the couch for the entire marathon, my tween son sat with his eyes glued to the screen through Shire, hell or high water, and the gazillion battle scenes. Blanketed and motionless in the nook of the sectional, he lost himself in the epic magic. I entertained myself with a puzzle because there are only so many times you can watch Sméagol chomp on raw fish with his rotting teeth.

At one point in the first movie, the Lady of Lórien says all this poetic stuff about how the quest stands on the edge of a knife and it might fail and ruin everyone. She pauses, looks at one of the hobbits, and singsongs, “Yet hope remains while the company is true.” The camera zooms upon the chubby hobbit’s face, and I stand up and cheer like one of those irritating parents at a Junior Jazz game. Sam is my favorite character, hands down, and let’s be honest, he is the reason the ill-fated quest succeeds, Middle-earth is saved, and Gollum gets what’s coming to him.

After ten hours of film, Frodo and Sam reach the cave of Mount Doom where the One Ring can finally be destroyed. All Frodo needs to do is throw it into the fire and the eye of Sauron will crumble and all his beloved friends will be delivered from the army of orcs and other disgusting creatures. It is at this crucial moment that Frodo decides to let the ring overpower him. That’s right, folks. He stands at the brink of the fire lake and hesitates.

“What are you waiting for?” Sam yells.

But Sam knows. He’s watched his friend succumbs to the ring’s power day by day. In horror, he watches Frodo’s eyes glaze all creepy-like and hears him jeer, “The ring is mine.”

Are you kidding me, Frodo? What a joke. You make it through the stalking Nazgûl, the Mines of Moria, the Uruk-hai, the she-spider, and miles of Mordor’s desolate black rock only to buckle at the last moment. You have got to be kidding me. I’m totally disgusted with Frodo, although my daughter defends him. “You don’t know what the ring did to him, Mom!”

In the end, after Gollum and Frodo have it out, valiant Sam pulls a repentant Frodo to safety. The ring is destroyed, the orcs crumble into the ground, and Middle-earth lives another day. I decide I shouldn’t be too hard on Frodo. He does give the best I’m-so-sensitive-with-my-big-blue-eyes-furrowed-brow look.

Over the years, I’ve considered how society has got this hero thing all wrong. Sure, we give homage to characters like Samwise, but we idolize the Frodos and Aragons of the world. We spend about as much time celebrating Sam-like virtues as we do a documentary on sloth attacks. The real hot stuff in today’s world is the exotic superheroes not their hairy hobbit sidekicks. We clamor to characters with magnetism, unorthodox methods, and spitfire personalities. We care about entertainment.

Ironically, one of my mom’s personal heroes was an insignificant person, also named Sam, in the Book of Mormon. He was the elder brother of the great prophet Nephi of which much is written. But Sam only appears in a few verses like the following:

“And I spake unto Sam, making known unto him the things which the Lord had manifested unto me by his Holy Spirit. And it came to pass that he believed in my words.”

Sam believed, and Sam followed, and yet not much is written about Sam. He’s the righteous afterthought, the man that follows Nephi into the wilderness away from his murderous brothers. Even the wicked Laman and Lemuel receive more time on the page than Sam.

My dad saw this quality of “Samness” in my mom and wrote a poem about it to read at her funeral.

It was a sweet tribute to her. The Sams of this world do move mountains but so gradually, their heroic deeds coalesce only at funerals. They move these mountains because they are grounded. Grounded like the bookshelf full of your college textbooks. You can find them when you need them. They stay true no matter the cost. (Even when your best friend believes a creepy creature with dubious motives over your word of innocence). Sams keep their word and they shun the fickle and overtly emotional.

Let’s be honest here. So many famous, talented people lack these traits. They cut off their ears, cheat on loved ones, commit suicide, bite off bat’s heads on stage, and stay up all night when they should be in bed. They are not there for the people that love them.

It’s not glamorous to be a Sam. They are left to tend the children, to add the spices to the soup. They exhibit behaviors we all admire but would rather not cultivate in ourselves or read about in books. You never become famous for being a Sam.

Although we never discussed it, I’m certain my mom liked the character of Samwise Gamgee better than the hottie-hooded Legolas or Gandalf the Grey. In general, she shied away from the overdramatic, the limelight seekers. No doubt, her own melodramatic mother contributed to her opinions on the matter. She relished the routine, the getting “back to the grind” after a holiday or vacation, her Franklin Planner open-faced on the desk in the kitchen. She was content being a Sam, never comfortable with attention. Once I watched her neck and face turn a boiling red while she spoke in front of a congregation of people. She nursed a veiled contempt for those who flaunted themselves about. During a visit to BYU campus when I was young, I remember a group of gregarious, costumed Cougarettes passing us in a back hallway. She shook her head. “You don’t want to be one of them,” she opined.

During the years my father suffered with depression, my mother rallied and shouldered the burden of our family. Still, when given the chance at the church pulpit, my siblings and I always referenced my dad’s star quality and neglected to mention my mother at all. She was the more boring of the two, I suppose, and we failed to notice the importance of her steady drum beat to my dad’s 80s rock ballad.

When people speak of The Lord of the Rings, they pay homage to Frodo, Aragon, Gandalf. When it comes to Book of Mormon prophets, Nephi comes to mind, not Sam. My father had a PhD and status at his job. He wrote a novel and poems. He played the piano beautifully and sang like Bing Cosby. My mother cooked lasagna, cleaned the grimy corners of the kitchen, drove us to music lessons and track meets, and took a plate of food to the widow around the corner.

Samwise gives a speech near the end of the second film that circulates around social media after any great tragedy: 9/11, a school shooting, hurricanes, presidential elections.

“It’s like in the great stories, Mr. Frodo. The ones that really matter. Full of darkness and danger they were. And sometimes you didn’t want to know the end. Because how could the end be happy? How could the world go back to the way it was when so much bad had happened? But in the end, it’s only a passing thing, this shadow. Even darkness must pass. A new day will come and when the sun shines it will shine out the clearer. Those are the stories that stay with you, that meant something, even if you were too small to understand why. But I think, Mr. Frodo, I do understand. I know now. Folks in those stories had lots of chances of turning back, only they didn’t. They kept going because they were holding onto something.

What are we holding on to, Sam?

That there’s some good in this world, Mr. Frodo, and it’s worth fighting for.”

This is at the heart of being a Sam. Seeing the good even when the Nazgûl is stalking you and you’re about to travel into Mordor with a freaky salamander person as your guide. A true Sam is content to be a Sam, never wanting his own YouTube channel or a spot on the city council. Samwise never wished to be Frodo, he never tried to take the ring. Sam of Book of Mormon fame never seemed to envy Nephi’s prophet status or drew a sword to take his political power.

I know I’m not the real McCoy (or Sam). I fret daily to be content with my life. I’m grounded but only because I have enough sense to know what is at stake. But still I itch. I itch to do something that will catch the attention of the world or at least say something to impress the people in the room.

After her initial brain surgery, my mom rallied for a few days before the vasospasms changed everything. You could tell it was so hard for her, lying there on her back instead of being the backbone of our family. She wanted us to believe it wasn’t about her even though it most certainly was about her. The attention gnawed at her. If anyone came to visit, she’d work at carrying on a conversation, even in her drug-induced fog.

“How’s Drew’s reading?” she asked me.

I wondered why we were discussing my son’s struggle with reading in lieu of my mom’s half-shaved head, her uncertain prognosis, and the arm restrains that kept her from standing up and escaping the room.

She wanted us to believe that the whole ordeal was no big deal, a misunderstanding really. A bother, a bump, a gray-colored nuisance that would be over as soon as she could get out of this bed. She wanted to reassure us she was still our Sam.

“Am I doing what I should?” she slurred to the nurse.

“Good,” my mom muttered. “Because I need to get out of here.”

One thought on “In Defense of Sam”